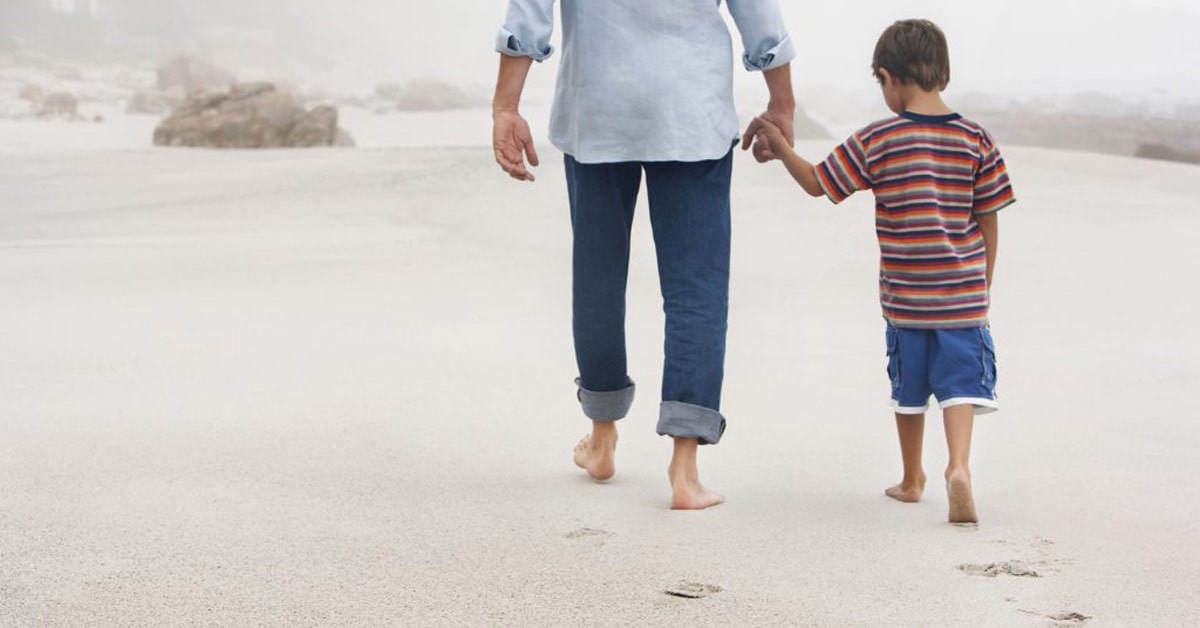 *I’m very excited to share a post from my all-time favorite guest blogger, my husband. What follows is a rare glimpse into the emotional journey of infertility from the male’s perspective. In an insightful, poignant post, Justin captures what it’s like to cope with and heal from the devastation of infertility.

Happy Father’s Day to all the dads and expecting fathers of the world. This holiday is great for recognizing the men who don’t often get the credit they deserve. This post, however, will detour from the happy celebration and address something that is real to a small percentage of us guys, infertility.

After my wife, Jamie, opened up with a vulnerable post about infertility and Mother’s Day, I wanted to follow up with my perspective for Father’s Day. There aren’t a lot of guys talking about this subject, at least not that I found. So, here we go…

I searched the web for a male’s perspective on their wife’s infertility and was surprised by how few articles existed. I was also disappointed by the point-of-view in the ones I found. The writers described their feelings in a way that I couldn’t relate. For example, a husband in one post wrote about how he was upset because he couldn’t “fix” the situation. Claiming that men are “fixers” by nature so this disrupts the natural order. Another highlighted the cost of infertility treatment and how inconvenient the schedule of treatments was for him. He is a “planner” and the treatments didn’t allow for making plans further than two weeks out.

Yes, I also felt terrible for not being able to fix the situation for my wife. Treatments are expensive and the scheduling can be inconvenient. However, these points didn’t touch the depth of my experience, it wasn’t that simple to me. It was much more emotional. So I challenged myself to get real about my emotional journey in this article. To write about the good, the bad and the ugly feelings. Some of these feelings I’m definitely not proud of, but what follows is the truth.

When you hear a doctor explain that your wife has Premature Ovarian Failure, it doesn’t fully sink in right away. At least it didn’t for me. As he described that my beloved’s body no longer has any eggs, my mind reactively looked for alternative meanings of his words. Anyone who remembers grade school biology class knows that there is a finite amount of eggs that a woman produces in life. However, at this moment, my adult brain refused to acknowledge this fact.

You see, since I was fairly young I looked forward to being a father. Not just being a dad but also having a child that was genetically half of me. Passing on my traits to a child and adding my life’s perspective to his or her development excited me. The words that the doctor spoke in his office that day told me this would never happen. At least not with the woman I love, whom I married and who is my soul mate.

As a way of reducing the devastation to our family plans, I became Mr. Positive. When Jamie was upset or felt down, I explained how “everything will be alright,” and “everything works out in the end.” Being Mr. Positive helped me disconnect from my own emotions. If I spent all my energy helping her cope, I didn’t have to fully deal with my own pain.

In the end, being Mr. Positive had the opposite effect of what I intended. I wanted her to hurt less but what would’ve been more helpful was for me to validate the pain and to tell her she wasn’t crazy for feeling so hopeless. I realize now, that it wasn’t a positive perspective that she or I needed, we both had to face our emotions head-on.

Taking It All In

When I finally started taking in the gravity of the situation, it wasn’t pretty. Not on the inside anyway. Outwardly, I didn’t make it known how impactful this situation was on my life, but internally I was devastated. To say that this time was heartbreaking would be an understatement.

Most of the time I felt alone and hopeless. Friends and family attempted to help the situation by telling stories of someone they know who was given a similar diagnosis but eventually got pregnant. I understood what they were trying to do, but our situation was different.

When a woman has Premature Ovarian Failure it’s virtually the same thing as menopause, only years—if not decades—too early. This means there aren’t any eggs left to give the miracle of pregnancy a chance and if there did happen to be a straggler egg, it wasn’t likely to be good enough for a successful pregnancy. In other words, the likelihood of a healthy baby was near zero in a situation where the chance of pregnancy was also near zero.

What Should I Do?

Here is the part that I’m not proud of and I don’t feel good about writing these words but I wouldn’t be completely honest without including them. As I continued to face reality, I entertained the idea of leaving Jamie. Of course, the infertility issue wasn’t her fault, but it wasn’t mine either. There were times when I felt my yearning for a child that carried my blood was paramount to the love for my wife. I thought a lot about the pride parents must feel when they stare at their flesh-and-blood child. Knowing that part of them will live on forever through this person in a continued lineage.

I know that there are other ways to still have a child using my half of the equation. There are donor eggs available and what not. However, this was not an option for Jamie. She explained that she would feel even more cheated if we raised a child that was part of me and someone else. When I eventually put myself in her shoes—imagining if I were the one who was sterile—I couldn’t blame her for having those feelings.

As I coasted forward over the next few months, I did that a lot—putting myself in her shoes. I thought about how much she too wanted a natural-born child but had to accept that nature had other plans. It helped me see more clearly that we are completely connected in our grief and our dreams. I realized that this is a diagnosis given to both of us and I chose to deal with it as a couple.

Soul searching and trying to consider our infertility from all angles helped me to ultimately realize that I didn’t want to leave my wife. I love her too much. Life would be worse without her than it would be without a direct descendant child. Besides, there was one important element we hadn’t really considered yet.

According to AdoptiveFamilies.com, more than 18,000 families successfully adopt infants each year. When I think about an innocent newborn brought into the world needing a family that loves them, it makes me feel warm inside. A scenario that would have never crossed my mind before is now an obvious choice.

The process is just barely getting started so I can’t really predict all the emotions that will be attached to this process. What I can tell you, though, is I’m equally as excited thinking about the future child we will adopt as I was thinking about the child we would have birthed. The possibility of adopting has definitely helped in the healing process. It turned a once hopeless outcome into a hopeful future.

These last few years have been an emotional rollercoaster. Personally, I went through denial, to grief and hopelessness, to acceptance and hope. It took a lot of self-reflection and deciphering what was most important to me in life to get through it all.

When I dealt with the emotions directly and took the time to understand them, my choice was clear. My outcome may not be the same for every other male in this situation, that I understand. But my hope is that this post sheds a little insight as to what I went through and what is working for me. If there is one other guy going through infertility somewhere, this article might be of help and that’s why I wrote it.

It’s easy to focus on issues like the financial impact and not being able to solve the problem, but you’ve got to get real with yourself. Though infertility is devastating on the woman, you’re allowed to be impacted as well. I can’t tell you the best way to cope, that is up to you to decide for yourself. All I can do is explain what it meant for me and hope it can help someone who relates to my experience.

I’m looking forward to celebrating a future father’s day with our newly adopted baby one day soon. Thanks for reading.

READ ALSO: Infertility and Mother’s Day: To Those of Us Struggling