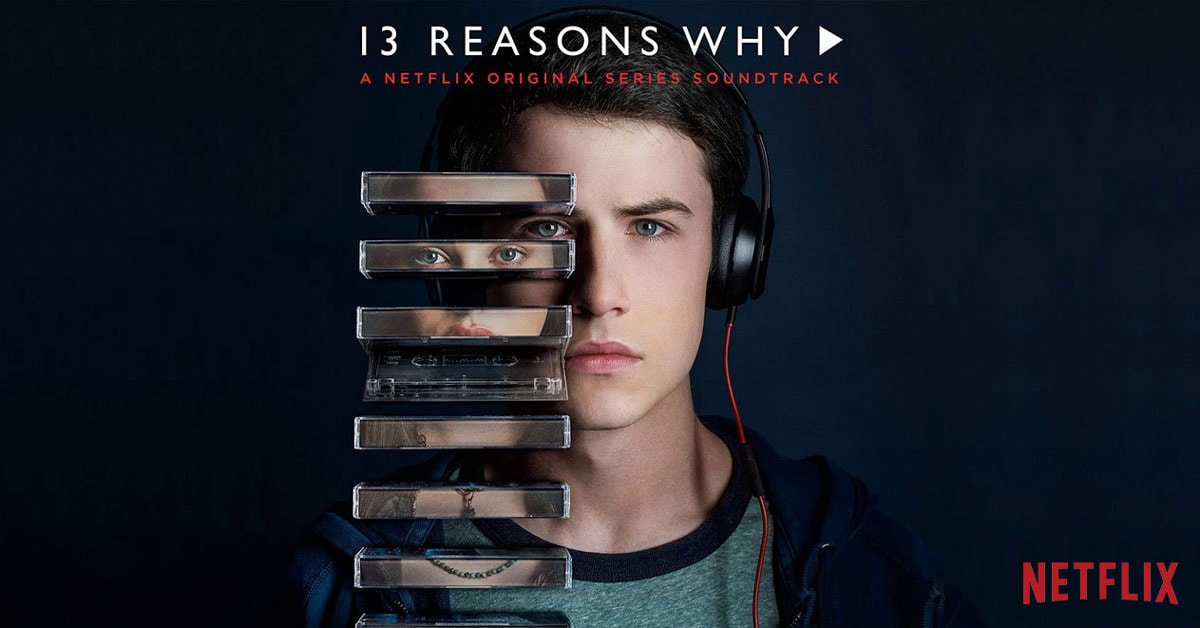 ’13 Reasons Why:’ An Emotional Reaction

*Warning: This post contains spoilers if you haven’t already watched/read ’13 Reasons Why.’

The dramatic Netflix series, ’13 Reasons Why’ (adapted from the book of same title) about a high school teen’s suicide went viral. And so did the emotional reaction from its audience.

Many schools saw a sharp rise in self-harm and suicidal behaviors, students citing the series as a trigger. Schools and organizations are issuing warnings to parents such as The National Association of School Psychologists (NASP):

“[’13 Reasons Why’] powerful storytelling may lead impressionable viewers to romanticize the choices made by the characters and/or develop revenge fantasies.”

No matter if you love or hate ’13 Reasons Why,’ it successfully achieved one thing: it got us talking. The strong emotional reaction generated widespread discussion on serious topics including suicide, mental health, sexual assault, and bullying. Also, the series very realistically depicts what it’s like to be a modern-era teenager, from sexual objectification to feeling alone.

A common takeaway of ’13 Reasons Why’ is a variant of: “Be kind to everyone because you never know what they’re going through.” And although there’s certainly truth in that conclusion, I fear it misses a crucial point. For me, the miss being who is responsible for what.

My takeaway is about the absolute importance of personal responsibility and accountability. Every single one of us are responsible for our own feelings and actions. No one can “make” us feel or act a certain way, they can only try. We are in charge of our own minds.

What do I mean? Let’s take an example. Imagine two kids getting into a disagreement on the playground. One becomes angry and hits the other. When scolded by the teacher for hitting, the child exclaims, “but he made me so angry!” The child’s anger might be understandable but he alone is in control of his interpretation of the situation, his thoughts and feelings. Again, no one can force our brains to think or feel something and no one can cause us to do something.

“Hey, it’s Hannah, Hannah Baker,” the first tape begins. “Settle in, because I’m about to tell you the story of my life, more specifically why my life ended. And if you’re listening to this tape, you’re one of the reasons why.”

When the main character Hannah Baker (played by Katherine Langford) leaves behind 13 audiotapes, the audience learns that each of these reasons are the cause of her suicide. Hannah’s tapes ignore the fact that we are individually responsible for our own emotions and behaviors.

There’s no debate that Hannah experienced atrocious actions and crimes against her. The excruciating pain and the blinding hopelessness she felt was palpable and understandable. No one deserves to go through what she did.

However, did the terrible friends, the bullies, the rapist, the parents, or the teachers cause her death? No, they didn’t. No one caused it. Not the evil rapist, Bryce and no, not even the ineffective school counselor, Mr. Porter. No one is to blame for the suicide just as Hannah is not to blame for the crimes committed against her. Nothing Hannah did caused her to be raped by Bryce. His heinous actions are entirely his own.

Although it may seem harsh or insensitive, Hannah is the one who ultimately made the heartbreaking choice to end her life, a faulty decision likely curated from an underlying mental illness (e.g., Major Depressive Disorder, PTSD, etc.). Mental health experts agree—even when a suicide occurs shortly after a painful stressor, it is because of an underlying psychological condition.

Did The Show Glorify Suicide?

Creators of the show claim they were extremely careful in the depiction of Hannah’s suicide scene. They intended to portray it as accurately as possible—including the terror and excruciating physical pain—without glorifying a perceived relief.

“We worked very hard not to be gratuitous, but we did want it to be painful to watch because we wanted it to be very clear that there is nothing, in any way, worthwhile about suicide.” -Show creator (and writer of the scene), Brian Yorkey.

“It seemed to me the perfect opportunity to show what an actual suicide really looks like—to dispel the myth of the quiet drifting off, and to make viewers face the reality of what happens when you jump from a burning building into something much, much worse. It overwhelmingly seems to me that the most irresponsible thing we could’ve done would have been not to show the death at all.” -Writer, Nic Sheff.

The suicide scene is graphic and disturbing but I don’t agree that the scene itself glorifies death by suicide. Rather, the scene illustrates the horrifying reality of it. This frightening truth can serve as a deterrent for someone contemplating taking their own life. People in pain consider suicide because they believe it will stop the pain. Realizing that a suicide death is anything but peaceful could delay a person just long enough to save a life.

What The Show Got Right

What The Show Missed

Suicide Prevention is BOTH a Personal Responsibility and Community Effort.

Many suicide prevention programs spotlight what others can do to help and don’t offer enough guidance for the one experiencing intolerable pain. Such programs describe how to notice warning signs, how to be empathic to someone struggling, and what to do if you suspect someone is suicidal.

Let me be crystal clear: of course, we need community education on recognizing red flags and how to respond to someone in need. We can all help prevent suicide. HOWEVER, we cannot neglect the critical importance of teaching individuals—especially developing children and teens—about personal responsibility for their emotions. That is, not expecting someone to read their minds or blaming others for their feelings.

We need to coach adolescents how to observe and label their feelings, how to effectively reach out, and how to cope. Receiving therapy and clearly asking for help should be seen as acts of bravery and self-care, not something for “freaks” or the emotionally weak.

Is ’13 Reasons Why’ More Harmful or Helpful? What’s your takeaway from the series?

“My life exactly like Hannah , they kill me slowly simply with words . #13reasonwhy”

Just binged #13ReasonsWhy on @Netflix. Wow! It should be required reading in school just to show how one little action can hurt someone.

“Funny how I relate to Hannah so much and can’t stop thinking about her. I still get flashbacks of her bath tub scene… Idky #13reasonwhy”

“I think what @13ReasonsWhy is doing is noble and good. Suicide is serious. But here’s the thing. It’s real. It’s not a game or a puzzle.”

“it was hard to watch, and pulled a lot of buried emotions out, but wow i am so thankful for the show @13ReasonsWhy. important message.”

“Hannah Baker I understand the feeling of being alone, the pain. The silent killer that most people go through but few express. #13reasonwhy“

Suicide is the 2nd leading cause of death for ages between 10 – 24. If you are struggling with suicidal thoughts reach out to a trusted adult now. If you know someone who is struggling help them find a qualified professional/teacher/parent/adult. The National Suicide Prevention Lifeline (800-273-(TALK)8255) is available 24/7 for support and resources or text “START” to 741741.

Parents/Educators/Administrators should consider reading the NASP’s statement on the show as it contains valuable guidance and information on how to address the series with vulnerable youth as well as listing additional resources. Save.org also lists helpful talking points specifically on ’13 Reasons Why.’

Book An Appointment
We use cookies for various purposes including analytics and personalized marketing. By continuing to use the service, you agree to our use of cookies.